Digital culture has brought about major changes in our societies that call for a new and informed look concerning the interface of man and machine in the light of emerging practices and their socio-political impact.

Among the issues that we will visit are the status of individual and collective memory, the production and transmission of knowledge and the diverse impacts of the emerging data-culture.

What are the new forms of collaborative and participative behaviors? How does Digital culture modify the current work environment? How to understand the new sociability associated with the Digital, in particular the questions of privacy of surveillance, of smart cities and their relations to the environment? How to think of the merging gaming culture and the ways in which it raises concerns and at the same time inaugurates promising social models? Furthermore, what are some of the promises and challenges for health management, especially in view of the rise of the Quantified Self, the coming age of robotic assistance and the move towards digital health management?

The Collège des Bernardins and the call for a digital humanism

The Chair will host invited contributions by representatives of the major Humanities, Social Sciences and Sciences involved with Digital Culture in order to provide an overview of the current state of studies on the topic and to offer prospective analysis and recommendations. This will mostly take place in the context of the monthly Chair Seminar.

Why the Collège des Bernardins?

The Collège des Bernardins is a research center whose objective is to host and provide a wide perspective on current issues of social, cultural and ethical significance. What sets it apart is perhaps the anthropological perspective informing its scientific approach and programs.

The Collège des Bernardins defends a pluralistic approach open to all while choosing to focus on long term issues and concerns bringing together activists, practitioners and theoretical thinkers.

Participants in the Chair

The Bernardins Chair on Human challenges of Digital Culture is chaired by Milad Doueihi and Jacques-François Marchandise whose extensive international experience combines theory and practice on the issue of digital technology. They are assisted by a scientific board comprising figures who are responsible for the quality and methodology of the research as well as the objective of serving mankind.

Milad Doueihi holds the Chair of Digital Humanism at the Sorbonne Universités.
He has previously held positions in the US, United Kingdom and Canada.

Jacques-François Marchandise is head of research and prospective at FING. He also teaches at ENSCI Les Ateliers, the University of Toulouse-Jean-Jaurès, Rennes 2 University,Telecom ParisTech and is a research fellow at Institut Mines-Telecom.

The Chair is advised by a scientific board chaired by Claudie Haigneré, European Space Agency (ESA), former minister delegate for research and new technologies.

Digital culture is by nature global and thus it invites questions of cultural diversity and hegemony. How to empower the local without sacrificing the advantages of the global? What are the differences of perspectives from European, American, Pacific and emerging countries? How to harmonize judicial and political customs in the face of the global reach of digital culture?

The Bernardins Chair was launched on 13 January 2015 during which the Chair’s program was presented to the public at large detailing the seminars and the Chair’s public events.

The Bernardins Chair will conclude its work in late 2016 - early 2017 with a festival during which artists, scientists and philosophers will present their works and contributions. A special part of the concluding event will be dedicated to interventions by youth of different ages and backgrounds. 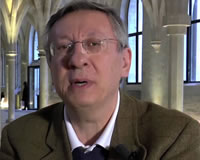 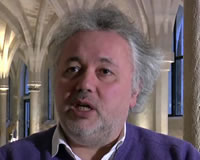 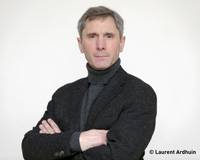 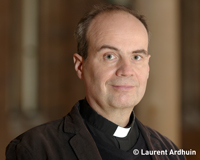 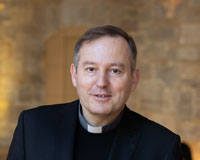